Home » Cabbage » Copy Cat Coleslaw {like a visit to Kentucky} 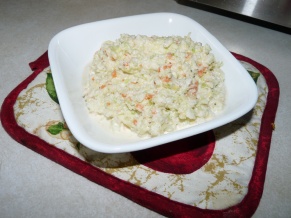 Coleslaw is one of those foods where you either love it or you don’t. I’m on the love it side, but I’m pretty picky about how it needs to be made. I think it needs to be made by KFC. Or by me, with the recipe I’ve come up with that is the best copycat version you will find online.  Are you ready for the secret ingredient?  You’re going to smack yourself when you read it!

I researched this pretty seriously, because I do think KFC creates the best coleslaw, bar none. Yet none of the recipes I looked at or tried came up with versions I thought were close enough. I actually sat down with a bowl of my closest copycat version, and a container of KFC, and kept tasting back and forth wondering what in the world wasn’t in mine that would made it work just right. You know what the ingredient is that everyone is missing? It’s a secret. I won’t ever tell. Except everyone who reads this. It’s horseradish. Freshly ground horseradish. Not the creamy junk in jars. The fresh ground stuff in jars in the dairy case. 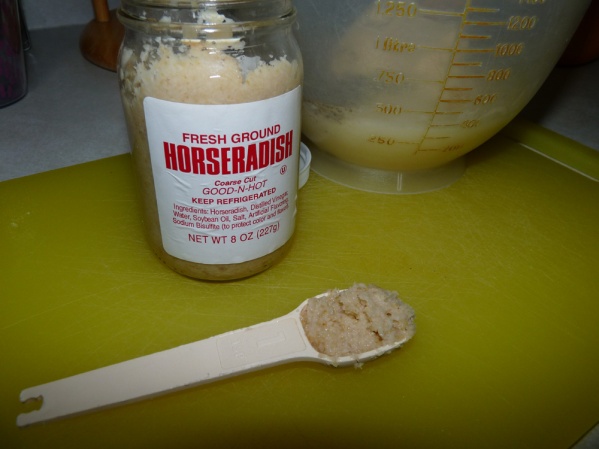 Seriously, that’s the missing link. Once I added a teaspoon to my closest copycat recipe, it was spot on. Every time I’ve made it since then, I’ve received a lot of comments at how spot on it is. So today we’re making coleslaw that is my favorite, hands down. Never fear, the horseradish isn’t noticeable unless you know it’s in there and are looking for it. It’s easy to miss! 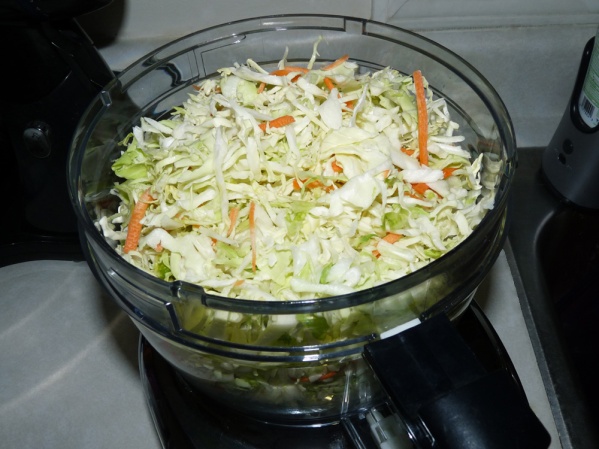 Pulse a few times to make it finer

If you’re in the mood to shred up a bunch of cabbage, you’re welcome to go there. I usually just buy a couple of bags of pre-shredded cabbage and throw it in my Cuisinart and pulse it a couple of times to shred it up finer. I don’t like teeny tiny shreds, but I don’t like the long matchsticks stuff either. After I shred it down a bit I remove it to a large mixing bowl and dice some onion up finely. Then I do actually take my box shredder and shred a carrot if the packaged mixes don’t already include carrot. (They usually do). 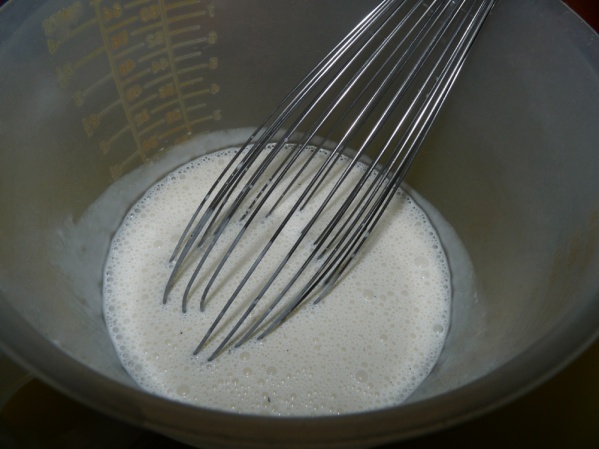 After the veggies are shredded it’s just a matter of mixing up the salad dressing. Buttermilk is essential for the right flavor. The tang makes it sing. The vinegar makes it snap. The horseradish makes it shout. The lemon is another nice acidic touch.  Whisk the dressing ingredients together in a bowl then pour over the veggies and mix well. 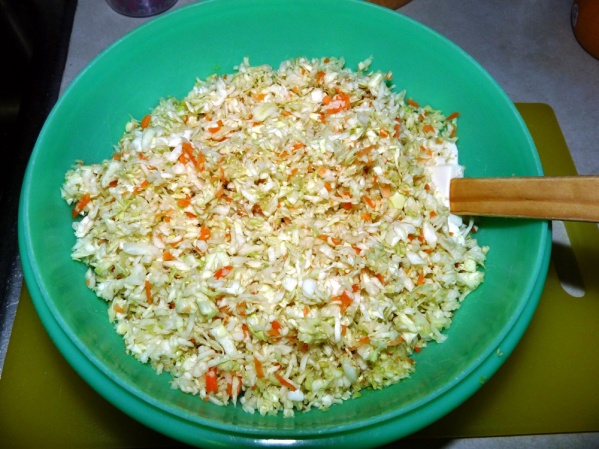 It will seem like there isn’t enough of the liquid, but there will be eventually. As the coleslaw ages, the salt in the salad dressing will draw liquid out of the cabbage. That’s why our dressing is a bit strong; the added moisture from the cabbage is going to dilute it a bit. But that’s a good thing. Making the coleslaw at least a day in advance is wise so that all this liquid transference from cabbage to the dressing is done. The next day just stir to redistribute everything and you’re ready to serve. 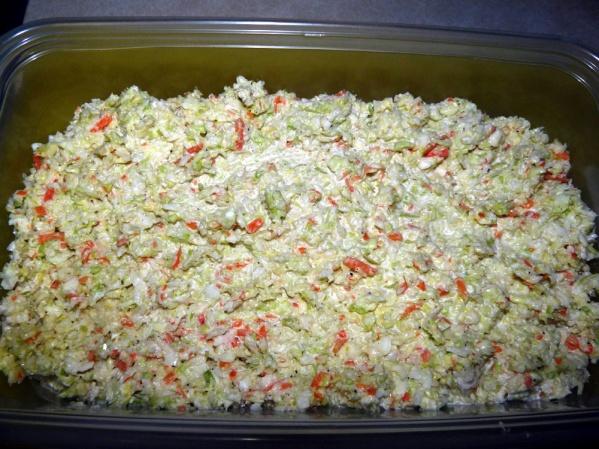 I have tried the route some purists insist is necessary: I have put the shredded cabbage into a large strainer and poured a bunch of salt over it to force the liquid out of the cabbage. I let it set the several hours as directed and then rinsed the salt off. I either left too much salt behind, or ended up with limp and soggy cabbage. I also had a vague feeling that I was leeching out the good vitamins with the liquids and draining them away.

My solution was to expect the influx of more liquids as the salt in my dressing drew it out of the cabbage in the container in the fridge. But I don’t lose any flavor or nutrients; we’re going to eat it all anyway! I plan ahead with dressing being just a bit stronger to start with. Made in advance, you’ll be happy with the finished coleslaw and be able to rival a Colonel.

Store several hours in fridge before serving.  Best made a day in advance.

I stir it every few hours to make sure it is evenly marinating.

3 thoughts on “Copy Cat Coleslaw {like a visit to Kentucky}” 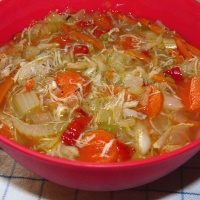