My P.S. (Purchaser of Seafood/hubby) and son hit the lake for opening fishing.  Armed with food, equipment and a boat they went off to catch some fish.  Up North here our usual goal is to catch either walleye or northern.  I prefer walleye, with northern a distant second since it has so many bones to deal with.  We have panfish as well, but again with bones..

They had some luck this time out.  They each brought home 2 good sized walleye.  The northern they caught were all under-sized and were released.  My goal was to find a new way to cook walleye.  I was thinking orange flavoring in there somewhere, either in a sauce or a marinade.

I found my answer on Babe Winkelman’s site.  He is a world-renowned Minnesota-based professional fisherman that the fishermen up here all know and quote.  He even has recipes on his website, contributed by his wife.  I found a recipe that was exactly what I was looking to make. Wonderful Walleye with Ginger Orange Sauce was the name of it and we would soon see about that “Wonderful”. 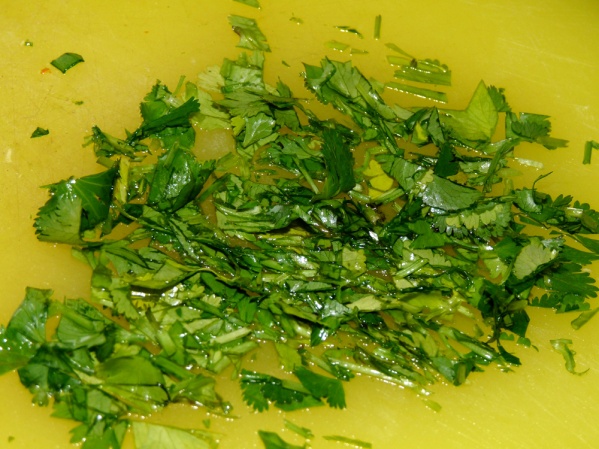 I whisked together the orange juice, grated ginger, chopped cilantro, garlic, soy sauce, sesame oil and red pepper flakes in a bowl and set it aside.  It had a zippy aroma, I was eager to taste it.

I heated a drizzle of oil in a large nonstick skillet on medium high heat.  After sprinkling a little salt and pepper on both sides of the walleye filets I fried them a couple of minutes on each side until they were browned. 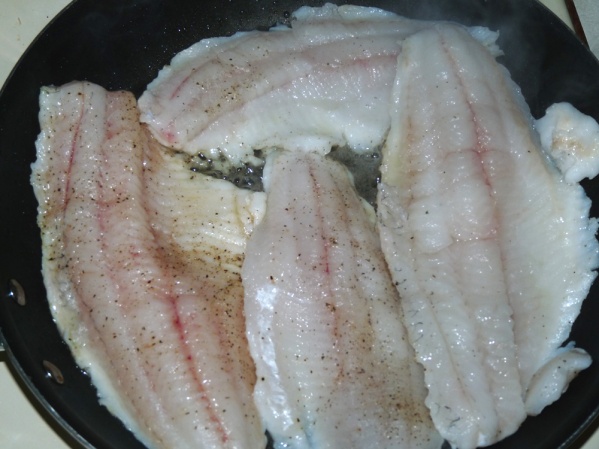 Fry fish on each side until lightly browned

I added the sauce mixture to the pan and let it come to a boil, then reduce it to medium and let the filets cook in the sauce until they were flaky, about 3 or 4 more minutes.

Add sauce and simmer until fish is flaky

I removed the fish to plates and let the sauce bubble and thicken a bit more, about 3 minutes.  I poured the sauce over the fish and added my side dish of loaded mashed potatoes to the plate and dinner was served. 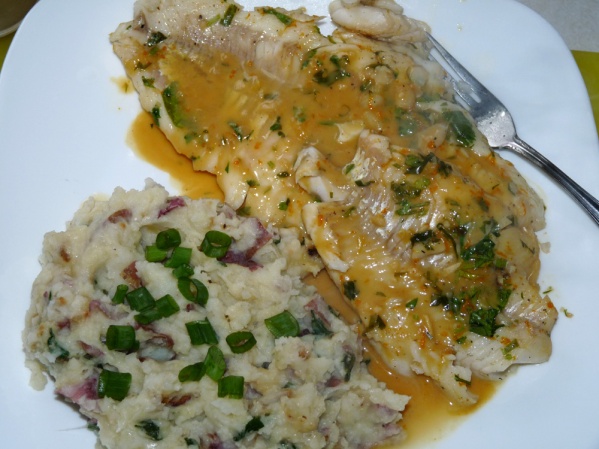 We loved the flavor of the sauce; orange was a change from anything we’d previously served with fish.  The ginger and cilantro made it almost Asian in flavor, but the fish didn’t get lost in the mix.  It was still amazing walleye with a sauce that complimented it nicely.  Although we used it with walleye, the sauce would probably be great with cod or other white fish.

Whisk together all ingredients except oil and fish in small bowl.

Heat a drizzle of oil in a large nonstick skillet on medium high heat.  Season filets with salt and pepper and cook fish until browned on both sides.

Pour orange juice mixture into skillet and bring to a boil. Reduce heat until fish flakes.

Place fish on plate and reduce sauce for 2 or 3 more minutes, then drizzle the filets with the orange juice sauce.