My P.S. bought a case of canned coconut milk and I’ve had them on the back of my mind ever since. I do love foods made with coconut milk.  In the past I’ve mainly used it in curries and soups, and Indian dishes.  When I found a recipe for a curried cauliflower soup with coconut milk I was charmed.  It had to happen.

I love pureed soups and making them with roasted vegetables adds to their flavor in a satisfying way.  There is a comforting feeling in roasting vegetables to be used in various recipes.  I cut the head of cauliflower into smaller pieces and placed it in a large bowl.

After drizzling it with olive oil I mixed the spices together and tossed them with the cauliflower and minced garlic.

I removed the pan from the oven after 30 minutes and really should have let it roast 10 or 15 minutes longer.  Some of the larger pieces weren’t softened yet I realized as I stirred them into the soup pot.  I’d need to simmer them a bit longer than suggested to make up for the firmer pieces. 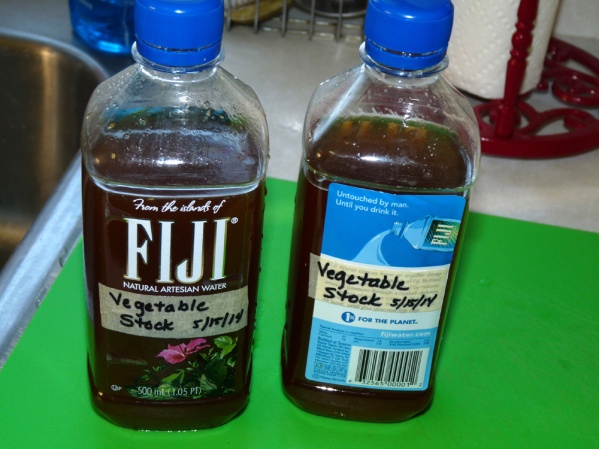 I added tomatoes and vegetable stock to the pot.  I finally found a use for the vegetable broth I’d made a few months ago and posted!  I added the cashews and the can of coconut milk and stirred well.  Over medium heat I let the pot come to a boil, then turned it down to low and let it cook for 30 minutes. 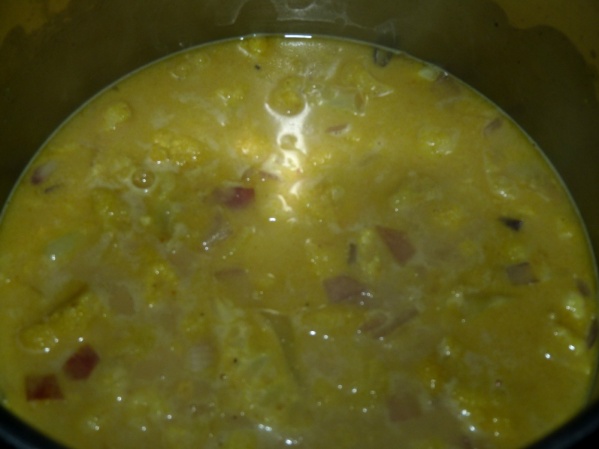 At 15 minutes I tested to see how soft my cauliflower was and let it simmer another 15 minutes because it was still fairly firm.  I was thinking I must have bought the crispest cauliflower ever, it was taking so long to soften!  Eventually it was all softened and I used my immersion blender to puree the soup.  I taste tested for seasoning, added more salt, and it was ready to serve.

I served the soup drizzled with sesame oil and with pita bread filled with  meatballs in a marinara sauce. 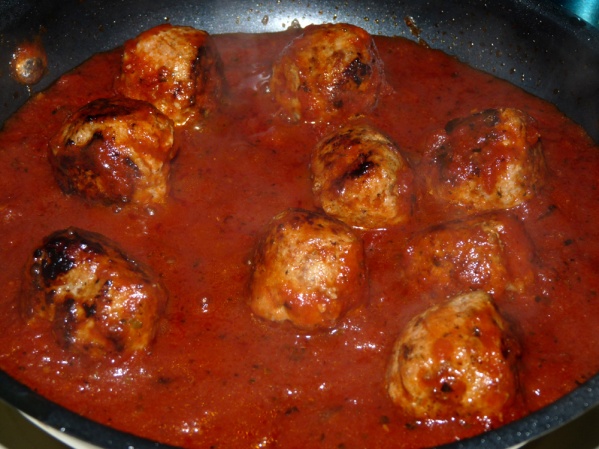 The soup was very different from our usual soups, having warm flavors like curry and coriander.  The coconut milk gave it a super creamy texture and only a very slight flavoring of coconut.  You would almost miss it if you didn’t know it was there.

My P.S. said it could have used a bit more curry powder but I was happy with the depth of flavors.  I’d thought it needed a pop of acid, one of my pet peeves, and had added a glug of rice wine vinegar to the pot at the end. 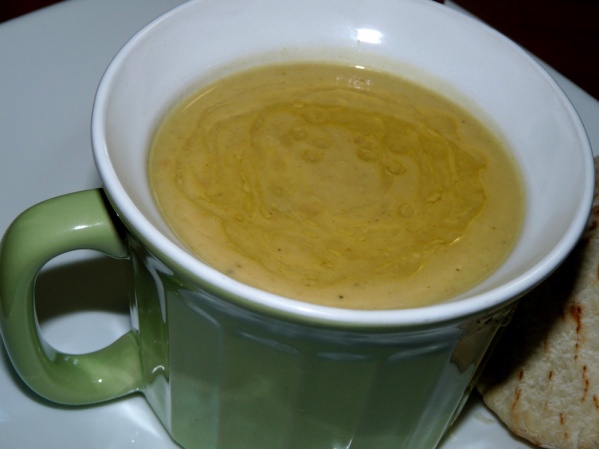 The soup is a good one for cooler seasons, where you want to curl up and sip on a hearty cup of soup.  You could add a sandwich or not, depending on how much of a meal you’re in the mood for.

In a large bowl, toss cauliflower and onion with olive oil.

Roast for 30 minutes in preheated oven until cauliflower is softened.

In a soup pot, place the roasted cauliflower mix with vegetable broth, coconut milk, and cashews. Bring to boil for 5 minutes, then simmer for another 15 minutes.

Blend with an immersion blender or carefully with a regular blender until creamy.  Taste test for seasoning, adding salt and pepper if desired.

Serve hot with a light drizzle of sesame oil in each bowl.

Adapted from Gosh and Knots