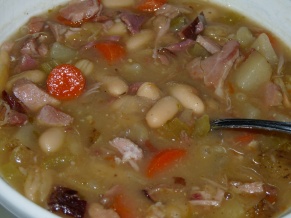 I had another ham bone to use, courtesy of the crockpot spiral ham I made before Easter. When I’d made my last pot of bean soup I brought some to my Dad. He mentioned using cloves for seasoning. I was intrigued. He said to add the whole cloves from the start so they soften and are edible later in the soup. I liked the idea of clove seasoning in the soup and couldn’t wait to have a ham bone to make more bean soup! 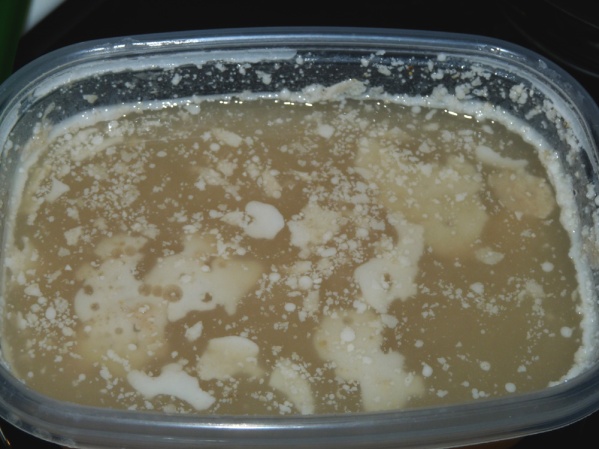 After I removed all of the roasted ham from the bone I placed it in a soup pot with a few quarts of water and some chunks of onion. I let it come to a boil then simmered it for 5-6 hours on medium low. I strained the broth and refrigerated it until I was ready to make soup. 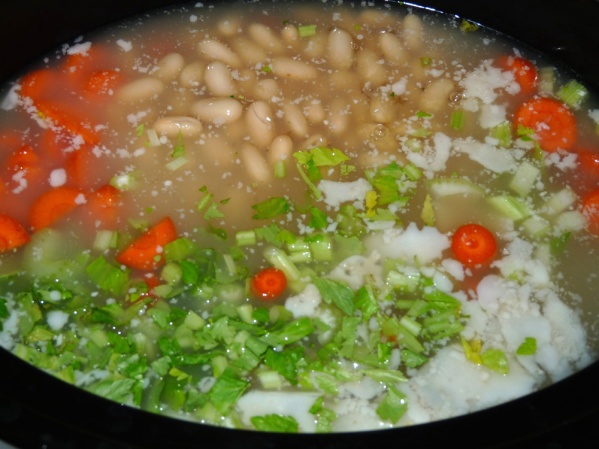 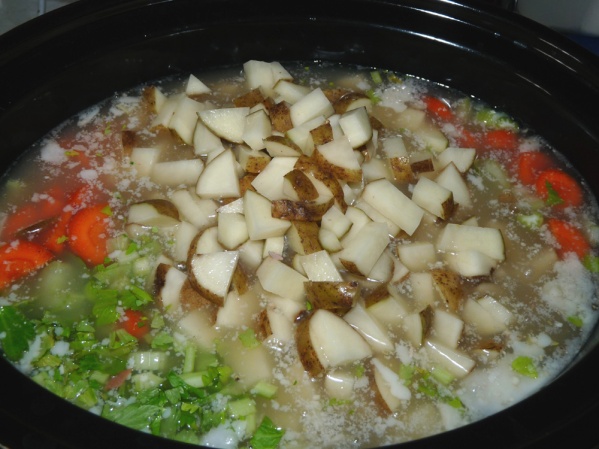 I scrubbed several small russet potatoes (red potatoes would be fine as well) and cut them into a fairly small dice and added them to the crockpot. 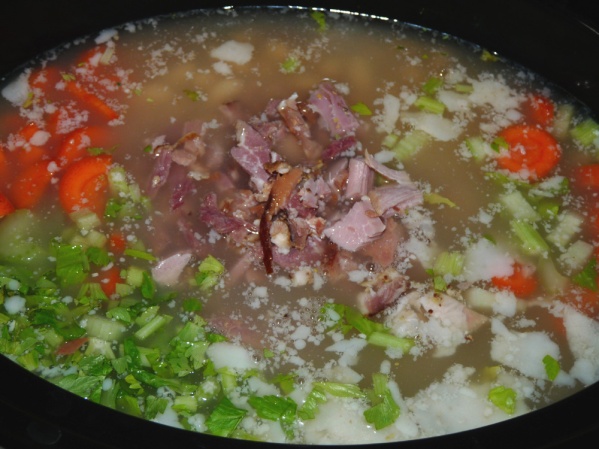 I had about 2 cups of ham left and made sure it was cut into bits and chunks before adding it to the crockpot. 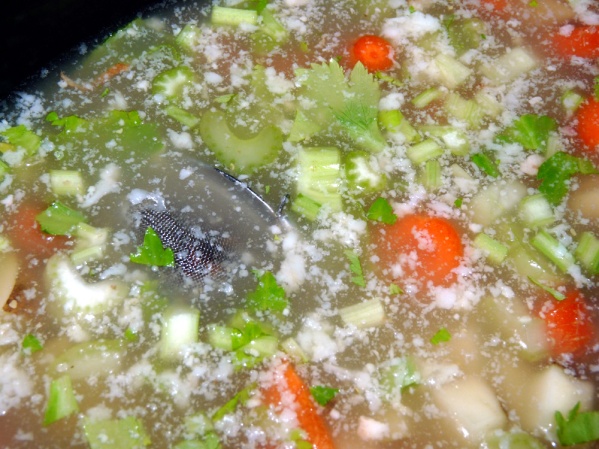 The I added the bay leaves and the tea ball that I’d put about 15 whole cloves inside.  I wasn’t sure I wanted to eat whole cloves so this time I used a tea ball I could remove.  I put the lid on the crockpot, set the dial to high and let my soup cook. 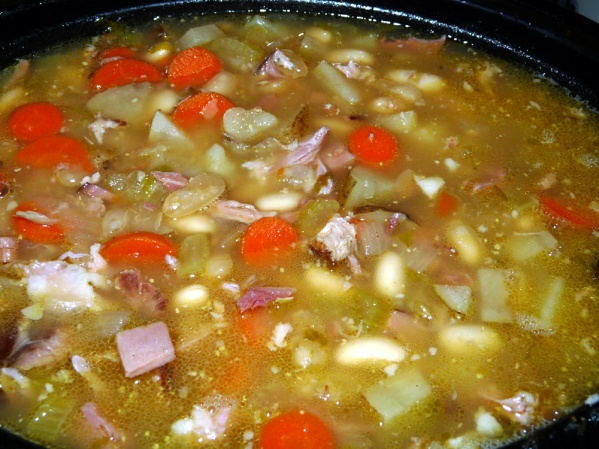 Cover and cook for 6 hours on high

After 3 hours the soup wasn’t bubbling very much yet. I was surprised it took so long for the heat level to rise, but I’ve never made soup in the crockpot before. I let the soup cook on high for 3 more hours. 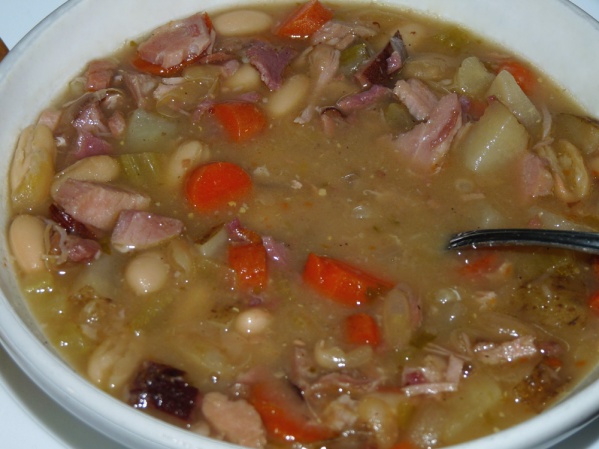 After 6 hours the soup had been bubbling away for an hour or two. The vegetables had softened and the castle was filled with the lovely fragrance. I turned the crockpot off and let it cool for 2 hours before refrigerating in containers. The soup would be part of dinner the next evening. 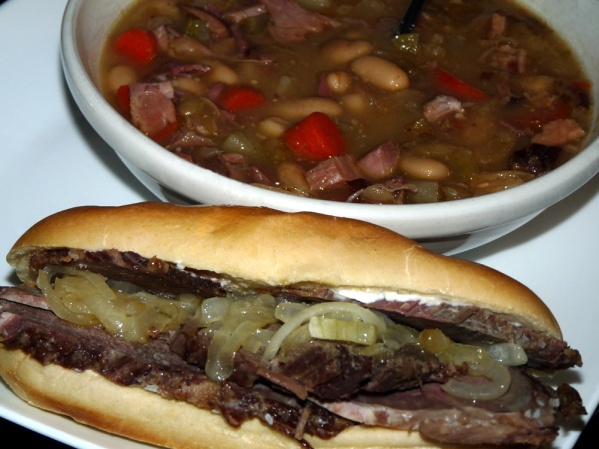 I reheated the soup for dinner the next evening and served it in bowls with a sandwich.  The soup was fragrant and delicious.  I liked the additional flavor of cloves in the soup.  It was a nice change.  I’d add a few less cloves next time to prevent them from being a little overpowering.

To a large crockpot add the bone broth and rest of ingredients. Stir well and set on high. Cover with lid for 3 hours.

Stir, add salt and pepper to taste and continue cooking for 3 more hours.