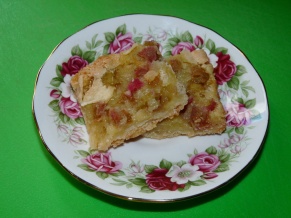 When I first tried these rhubarb bars at my friend Denice’s house I just had to have the recipe.  It was her mom, Maxine’s, recipe and seemed pretty simple for such wonderful flavor.  I wasn’t much of a rhubarb fan really, but these bars are one of the reasons I began to like rhubarb.  From there I found many more ways to use the tart fruit and the recipes were soon some of our traditional favorites.

The rhubarb bars are my most favorite of all the foods, however.  They’re so easy and fast it’s crazy.  I should make them weekly during rhubarb season!  I made them recently for a party and forgot to take them out of the cooler when dessert was served.  Cheesh.  I took some over to my son’s the next day and they dived in, relishing the buttery crust and tangy filling.  They were a delayed hit. 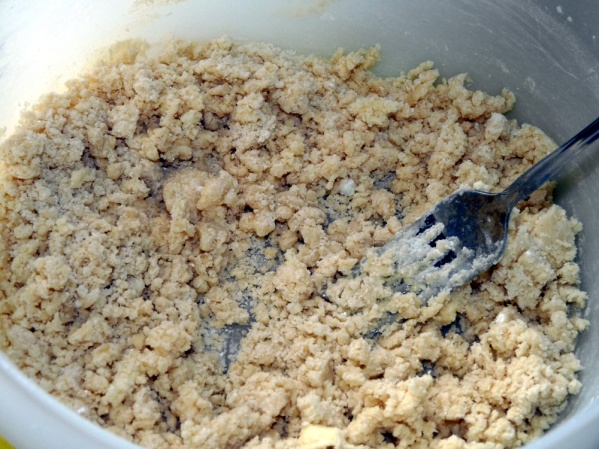 To make the bars I measured the flour, butter and powdered sugar into a bowl and used a fork to cut it all together until it formed large crumbs.  I patted it into a 9 x 13-in pan and slid it into the oven for 10 minutes. 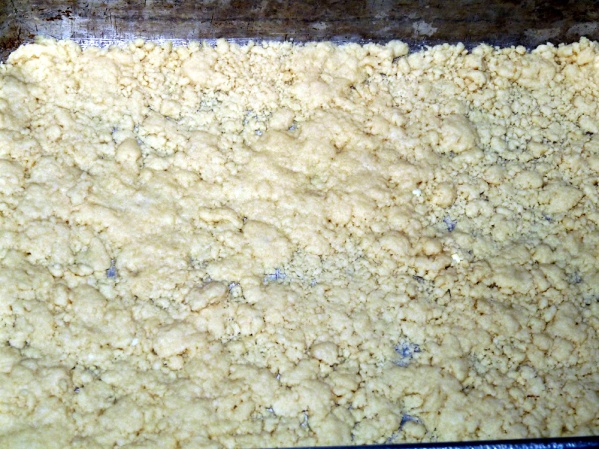 The recipe says  to bake until “set” and I never did know what that meant.  10 minutes works for me.

Whisk 2 eggs until foamy. Whisk in flour and sugar until smooth.

I made the filling while the crust was baking.  In a bowl I beat 2 eggs with a whisk until they were foamy.  I added the sugar and flour and whisked again until mixed well. 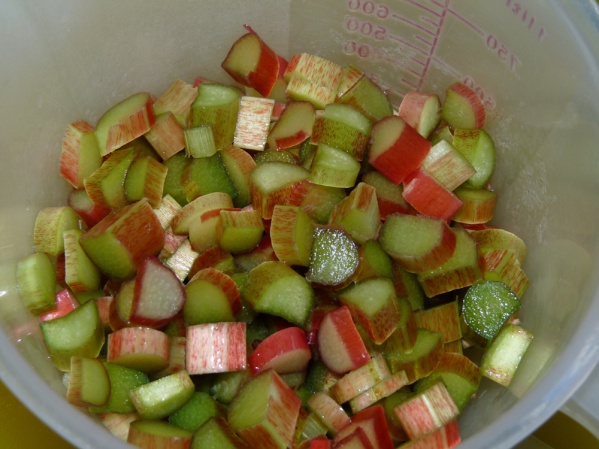 I had cut up 2 cups of rhubarb into small pieces. 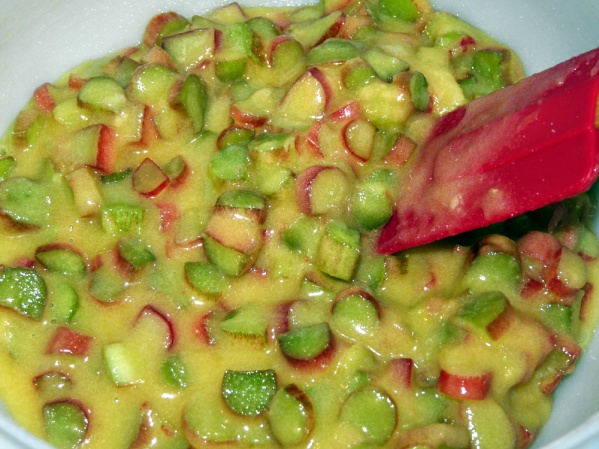 I stirred the rhubarb into the egg mixture. 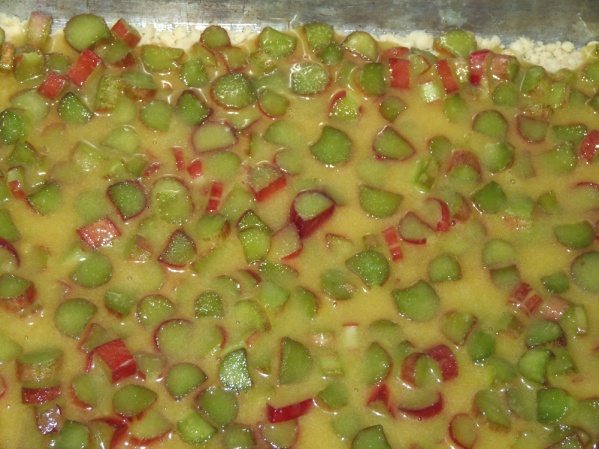 Spread filling on set crust and bake for 40 minutes.

When the crust is set I removed it from the oven, poured the filling over the crust and slid  the pan back into the oven.  I set the timer for 40 minutes. 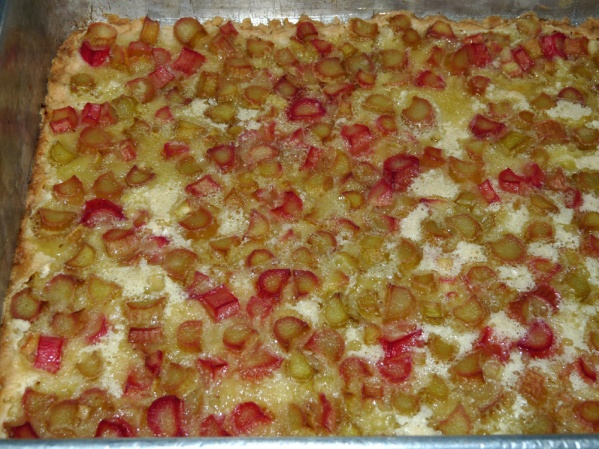 Rhubarb bars are done when beginning to brown around the edges.

The bars are done when they are just beginning to turn brown around the edges.  I set the pan on a rack to cool completely. 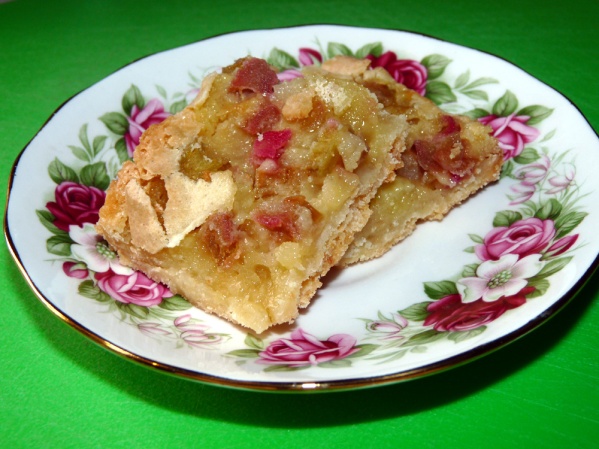 I cut the pan into 24 bars.  The crust is not terribly strong and will break up if they are cut into larger pieces.  I suggest smaller pieces or eating them with a fork! 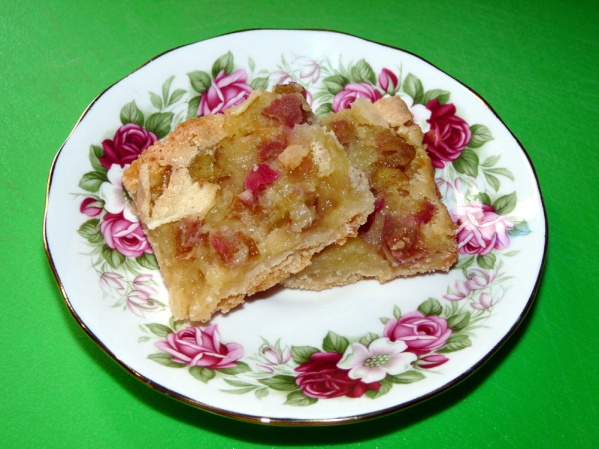 The bars are delicious!  They disappear fast in a crowd.  But they’re so fast to make, go ahead and make a second pan.  Your guests will thank you.