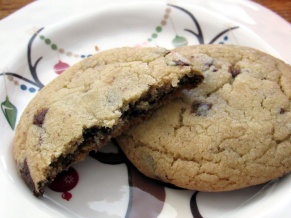 Andes mints are associated in my mind with restaurants.  I love when they give them as after dinner mints along with the bill.  When I saw this recipe I wanted to try them.  But I did make one mistake.  I bought a 4.7 oz box of Andes Mints rather than the 10 oz box the recipe called for.  Later, after I’d chopped them, and saw the pile of mint pieces I thought they looked like enough bits.

I continued on and used the smaller box of mints to see how they turned out.  Really, they were good and minty and just perfect in my opinion.  You could add the full amount if you wish but I was totally satisfied with the lesser amount of mints. 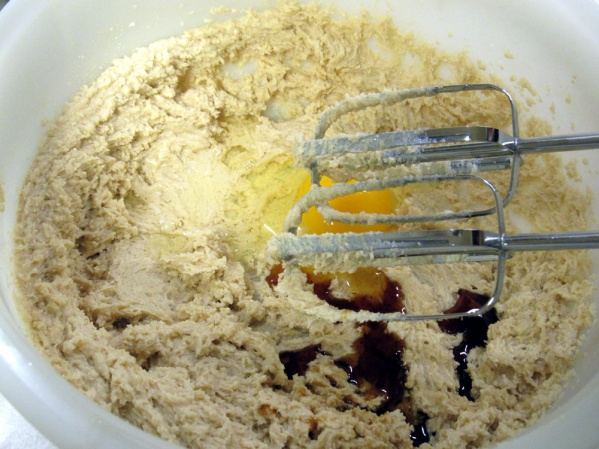 In a large mixing bowl I added the butter, brown sugar and white sugar.  I beat it with my electric mixer until it was mixed well and fluffy.  I beat in the egg and vanilla extra next, until they were incorporated. 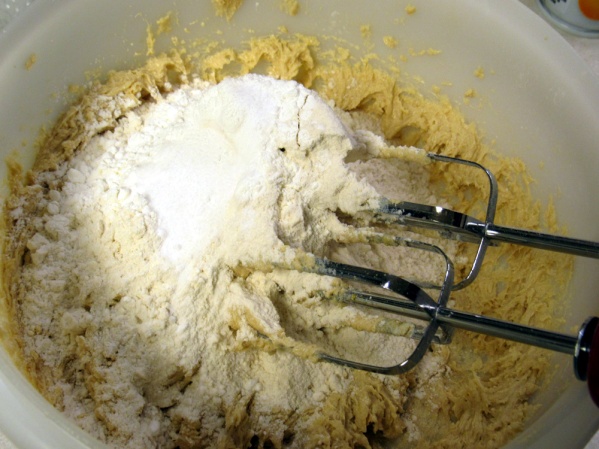 Whisk dry ingredients in a separate bowl, then beat into wet mixture.

I whisked the flour, cornstarch, salt and baking soda together in a bowl. I added the flour mixture to the wet mixture and beat it for a minute or two, until it was mixed. 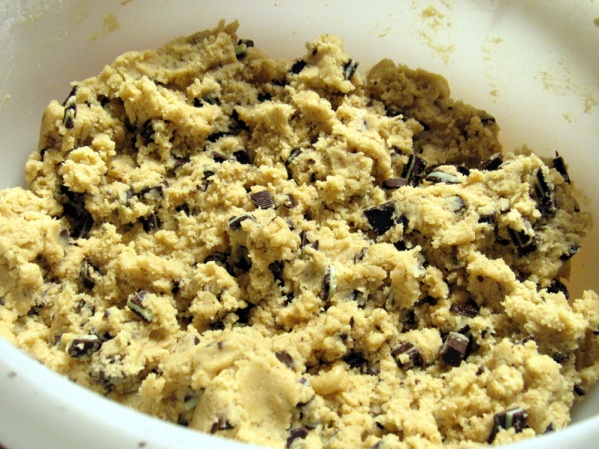 Finally I chopped the mints and added them to the bowl.  I used my hand to mix them in as the dough was a bit firm and difficult to stir. 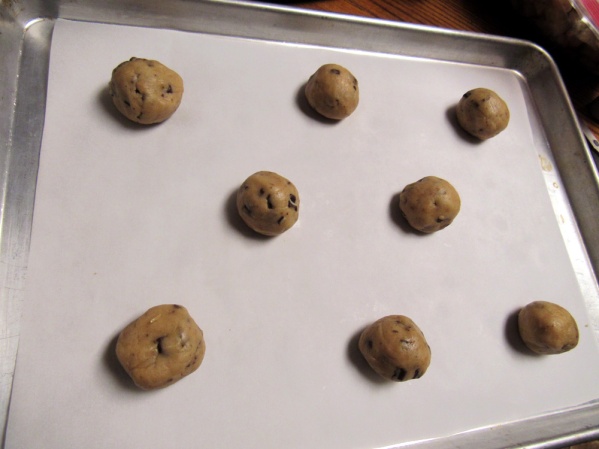 Using a cookie scoop then your hands, roll into balls and place 8 balls on each parchment covered baking pan.

When the dough looked well-integrated with the mint pieces I used a large cookie scoop to drop balls of dough onto cookie sheets.  I then rolled them in balls and placed 8 balls on each parchment covered baking sheet.  The directions said they would spread but they didn’t spread as much as I expected. 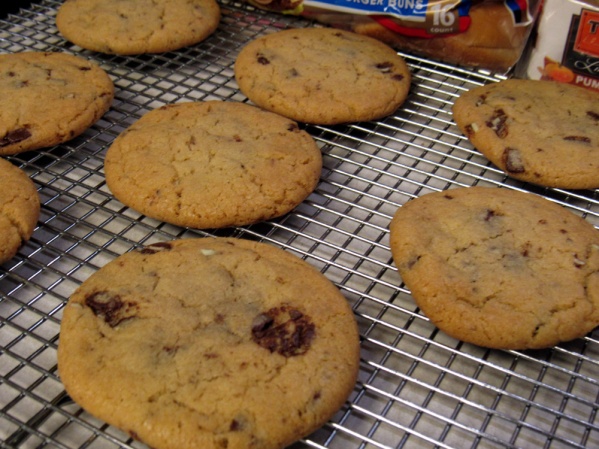 Cool on pan for several minutes then finish cooling on a rack.

I baked each sheet of cookies for 13 minutes.  They weren’t browning around the edges at 11 minutes so I left them in the full 13 minutes.  Your oven may vary.  I suggest you start with 11 minutes and go from there.

As the sheets of cookies were done I let them cool for several minutes before removing the cookies to a cooling rack. 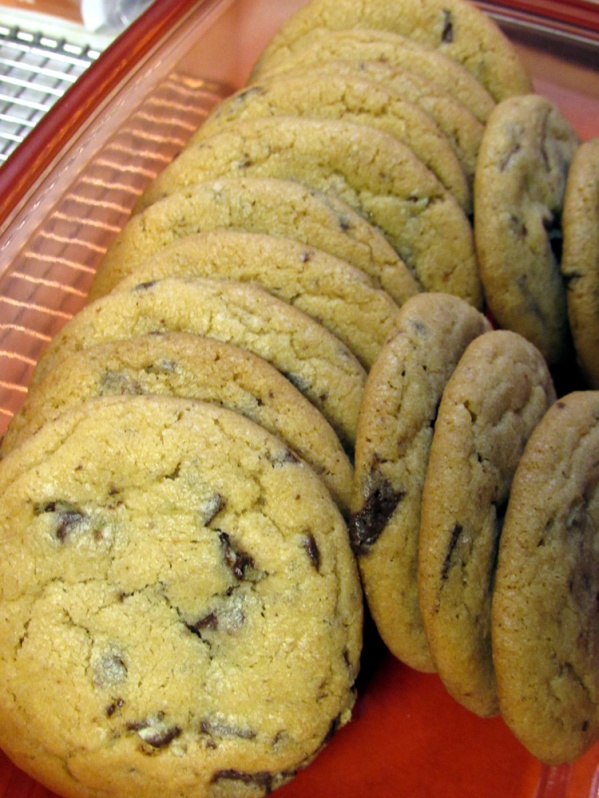 Store in an airtight container

When the cookies were all cooled I stacked them in an airtight container and stored them at room temp.  All but one, of course.   I had to try them!  That’s when I decided there were enough Andes mint pieces in the cookies. 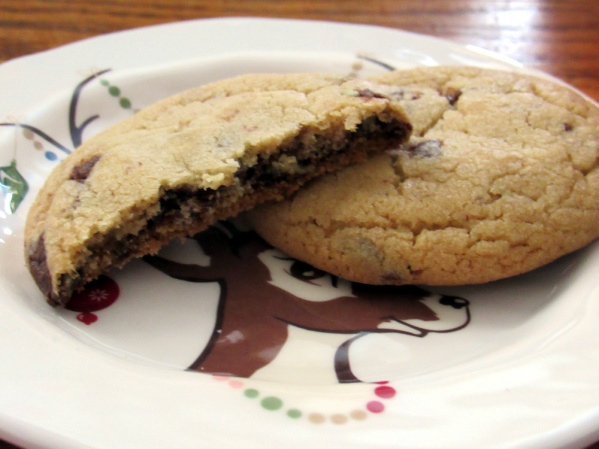 I was happy with the flavors and knew my guests would also enjoy them.  I was also happy with my mistake being a success.  The accidental tweak was a two thumbs up! 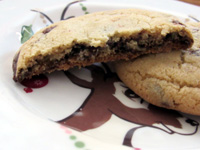 In a bowl, mix together flour, cornstarch, salt, and baking soda. Set aside.

In the bowl of a stand mixer (or using a hand mixer), cream together butter and both sugars on medium speed until light and fluffy (2-3 minutes). With the mixer on low, add in egg and vanilla. Return mixer to medium and mix until incorporated. Scrape sides if needed.

With the mixer back on low, add dry ingredient mixture gradually until dough forms. Mix in Andes pieces.

Preheat oven to 350°F. Line baking sheets with parchment paper or Silpat and set aside.

Form balls using 1 1/2 tablespoons of dough. Place on baking sheet 8 at a time to allow for spreading.

Bake for 11-13 minutes or until edges just begin to brown. Cool on baking sheet for several minutes then remove cookies to rack to finish cooling. 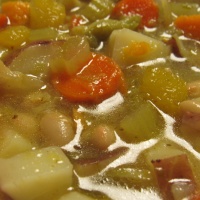 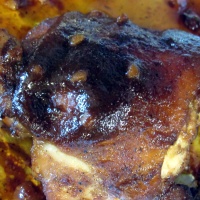