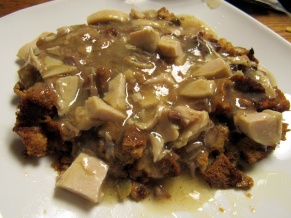 I’m nuts about stuffing. I don’t like nuts in it, I mean I adore the stuff. zing. I like lots of stuff but I like stuffing in particular. Enough already? I’m still laughing. I saw a blog where they made stuffing waffles and was completely charmed. Why did I not think of this? I’ve made cornmeal waffles and covered them in gravy and waffles covered in chili. This idea was deliciousness waiting to happen.

As the blog said, creating all those waffles made of stuffing, built to cradle bits if turkey and gravy.. maybe some cranberry sauce? Simply divine. Pretty as well as pretty dang tasty!

Let’s start with a batch of basic stuffing. Remember me, the one who’s been married to the bread man for 42 years? I make my own stuffing with whatever bread I have piled in the counter. Yes, even hot dog buns can be stuffing. Cube what ya got. You’ll need about 8 cups.

Next spread the bread cubes on a sheet pan and bake it at 200°F until it’s mostly dried and a little browned. Stir often. Cool. Store until ready to use. 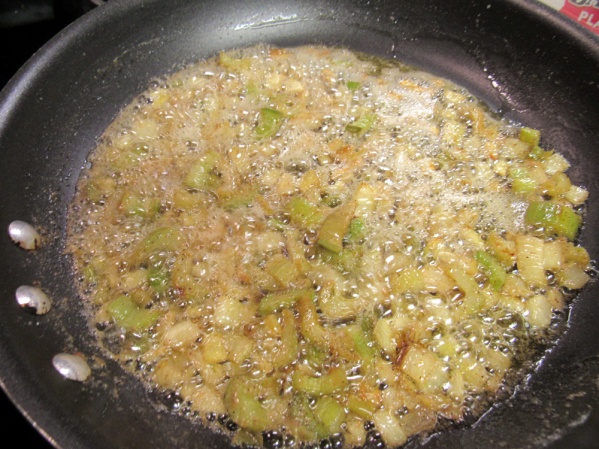 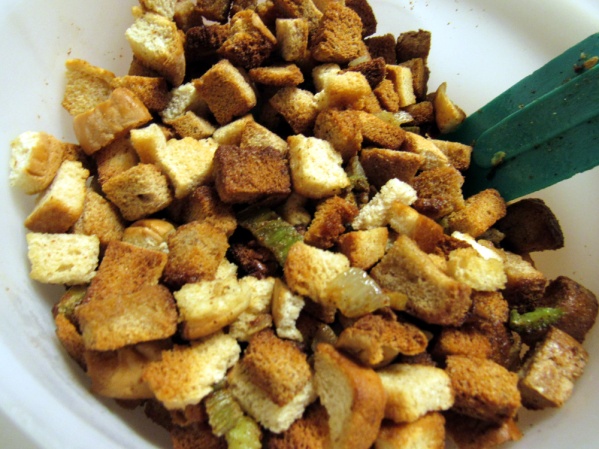 Pour the buttery veg over the bread cubes you’ve placed in a large bowl. Stir well to distribute the butter and onion. 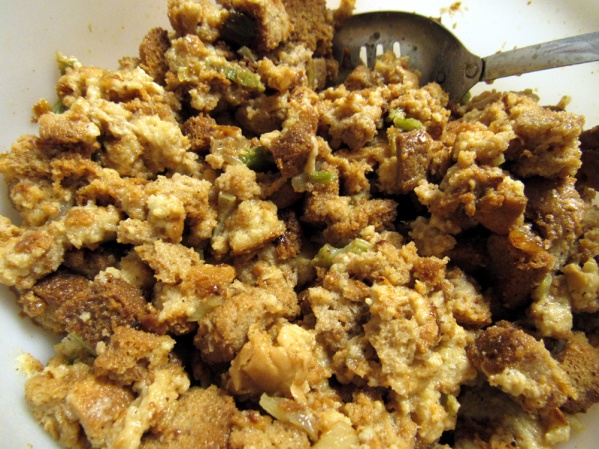 Pour the chicken broth over them as well and stir like crazy. Think of how good these waffles are going to taste!  You’ll want them to begin to not look so cube-y, 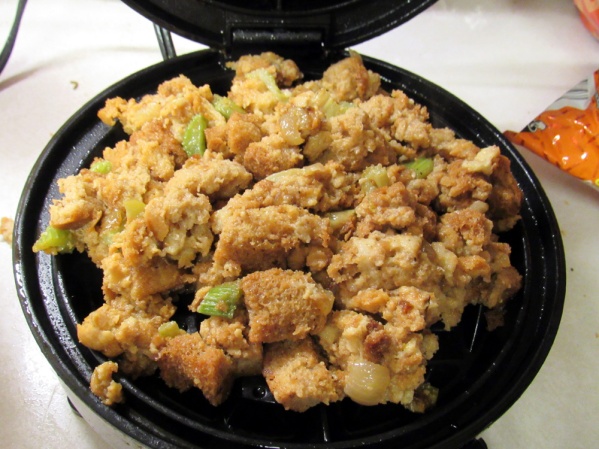 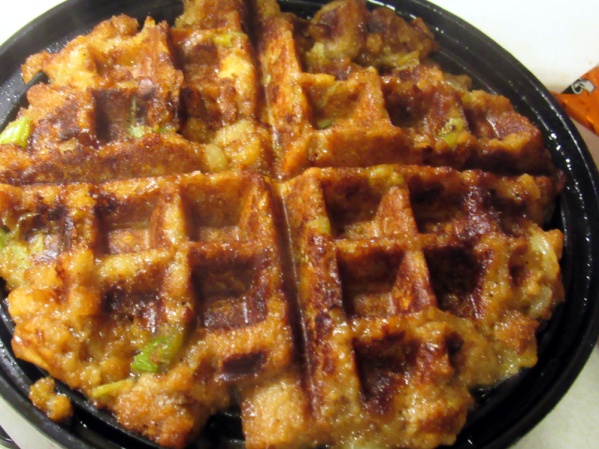 Close the waffle iron and cook until crispy on the outside. Remove fried stuffles to a pan and keep warm in the oven at 200°F until all waffles are cooked. 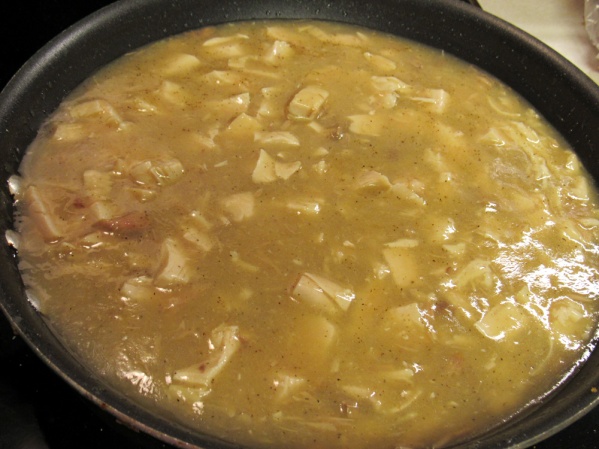 Serve with gravy. Chop up bits of turkey or chicken in the gravy to make it even more interesting. This is hinging on comfort food. Get comfortable. You may need to wear sweat pants afterwards. It’s that good! 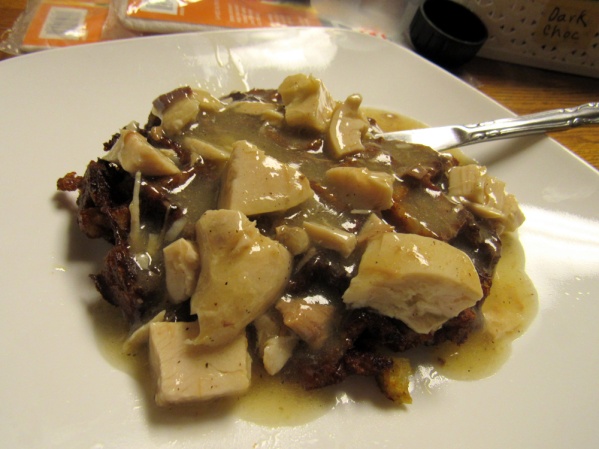 Now that my brain has embraced the idea of stuffing waffles, I’m thinking mashed potato waffles are another idea. Like serve a waffle made of masked potatoes, another of stuffing, cover with gravy with turkey bits and cranberries on the side. Thanksgiving waffle meal? Fun with leftovers! Um there.

p.s. Apparently I am losing my memory. I made mashed potato waffles. Must try again soon to refresh my memory! 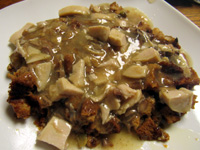 Add contents of skillet to bowl along with chicken or turkey broth. Stir sell, until cubes if bread begin to crumble and the mixture is sticking together.

Keep warm in a 200°F oven until all stuffing is cooked. Serve hot with gravy.

Adapted from Will It Waffle 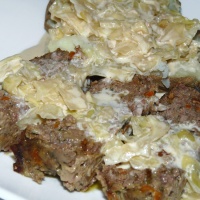